Word on the net is Marvel has found a way to bring black Nick Fury in to their main universe via their Battle Scars mini, and its protagonist Marcus Johnson. Bleeding Cool was the first to speculate this was so and recent events lead to Marc being the illegitimate, interracial son of Nicholas Fury of the Howling Commandos, Agent, and former head of S.H.I.E.L.D. Marcus even has his eye taken out! What are the odds?

Okay, here’s where I start asking the question, “WHY?”

What stories can you tell with a black Fury that you can’t tell with the original, trademarked character Marvel’s had since 1963? (Oops! I originally thought the date was 1959 – my bad.) 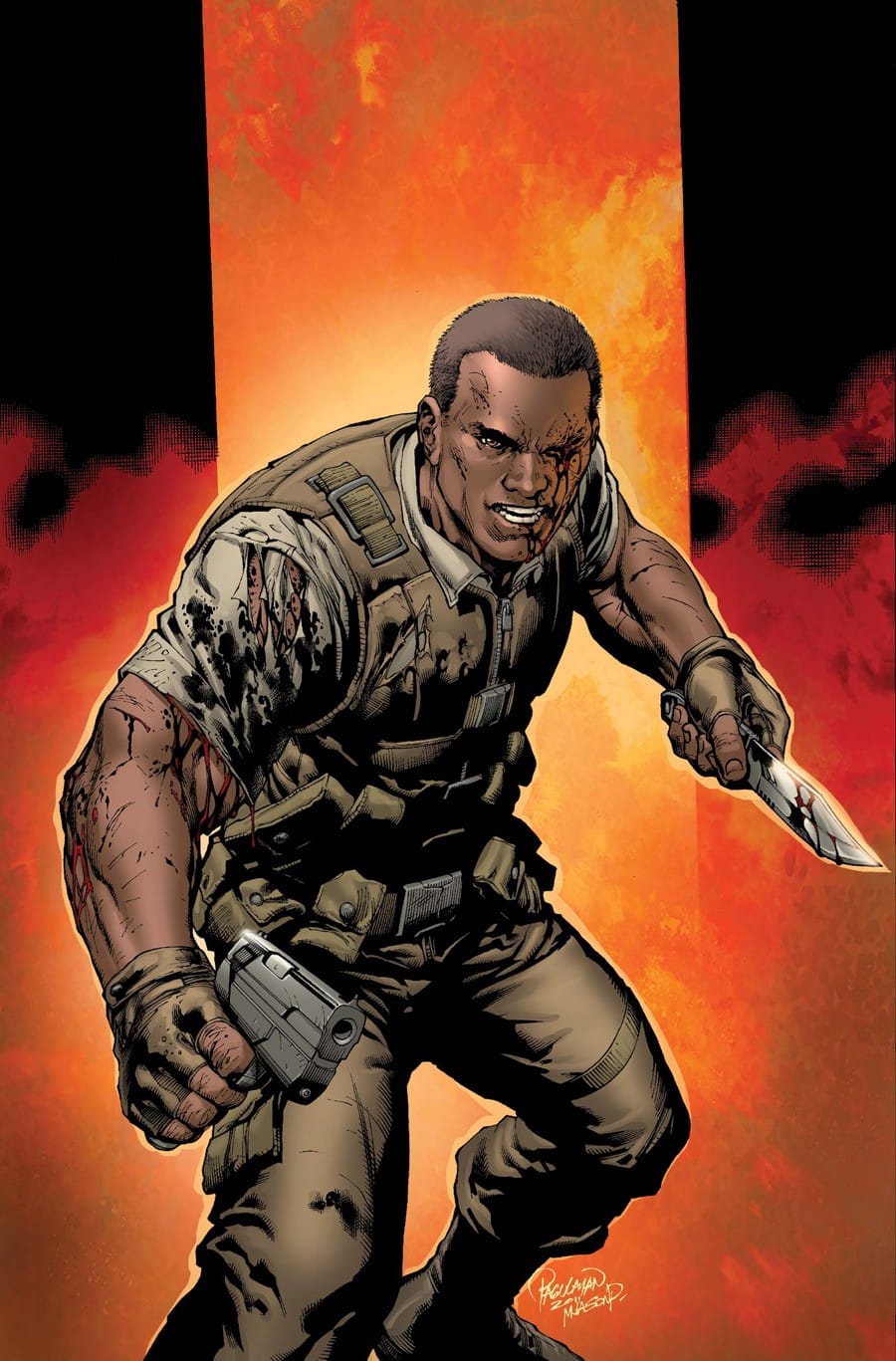 Why not? Because it’s cheap; isn’t that enough?

It’s the publishing equivalent of saying, “I’m not a racist. I have black friends. I work with black people.”

It’s treating a minority like a commodity. That means, as soon as the profits drop, things go back to the way they were.

But, most important, I quote the words of Malcolm X…

Comic books fans are not going to find racial equality, equal representation, in comics until enough creators establish its value using art, not capitalism. Until then, taking handouts from publishers like Marvel and DC isn’t solving the problem because, just as easily as characters die and come back in comics, they can change color too.

The Experience Is Everything!
JPG