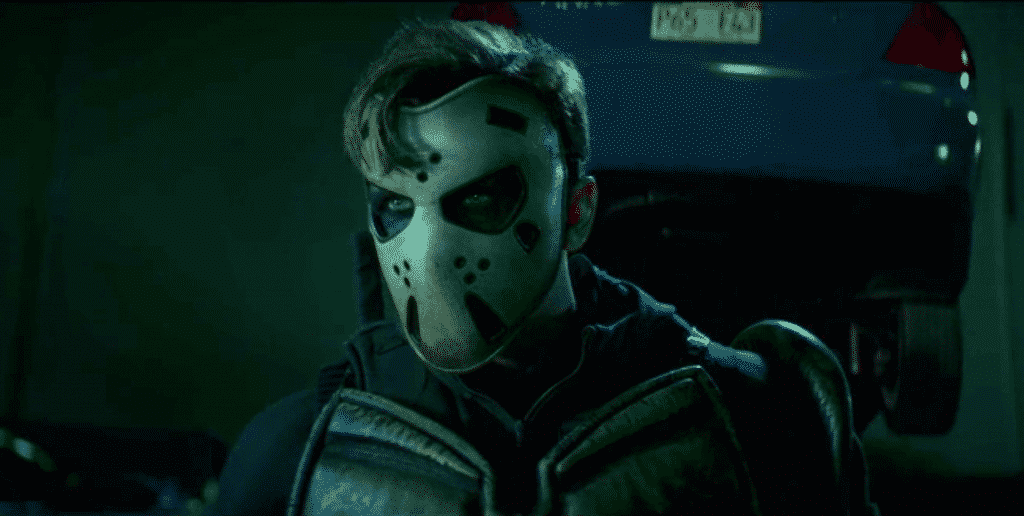 This was the one I was waiting for, to see the new Justice Society in action, and… it was a good start.

This episode begins with the Mortal Kombat theme as we watch the Blue Valley football team in practice. The theme is appropriately played as star player, Artemis Crock, run downs the field with ease scoring a touchdown. As she celebrates, she gets a late hit from a teammate (who she knocks out), and then is sent to the bench. Her parents (villains Tigress and Sportsmaster) aren’t happy as they watch from the stands. Later, they confront the coach in the parking lot, benching (killing) him forever. 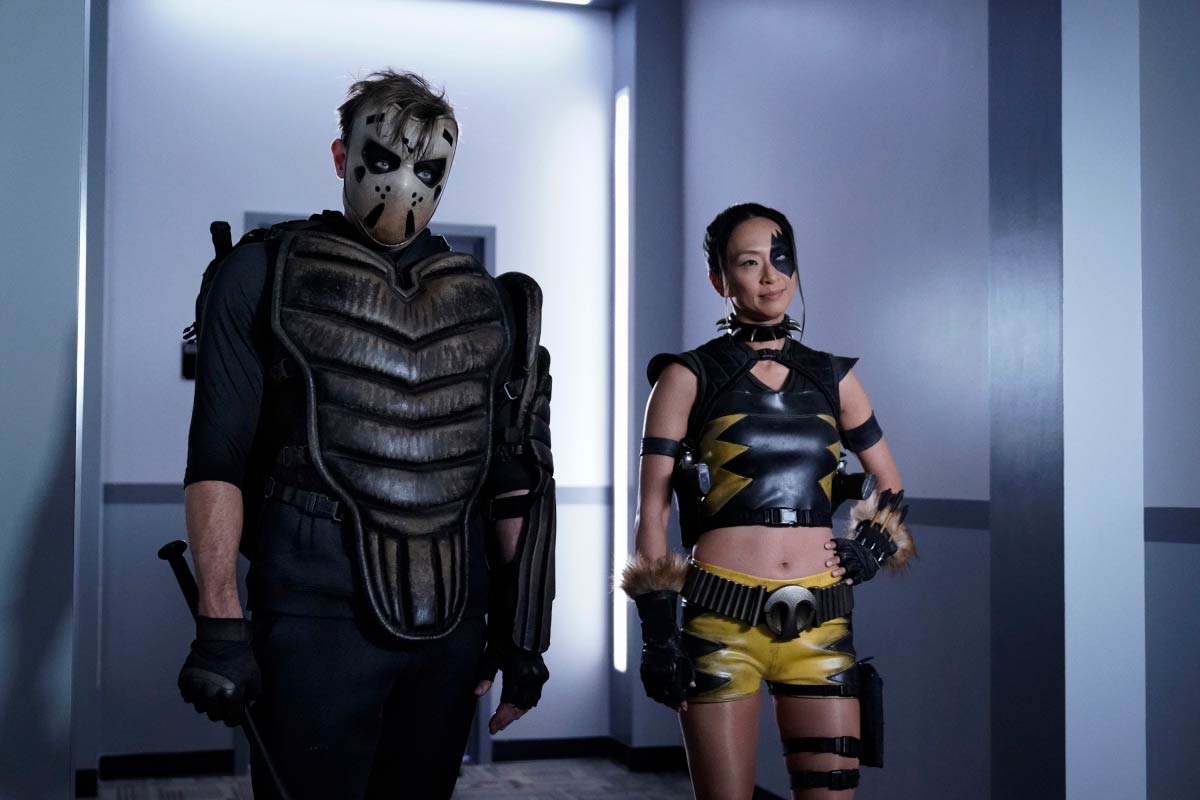 Back at the Dugan/Whitmore home, Courtney returns home as Pat is waiting for her, speechless that she put the other kids (Rick, Beth, and Yolanda) in danger. He tells her to retrieve the items that she gave the kids so they won’t end up dead. Meanwhile back at the Mahkent residence, Icicle is alerted that the Crocks have killed the school’s football coach, again. He confronts them in the woods burying the coach and reprimands them, but gives them an assignment before he leaves. The next morning, Pat and Barbara find Mike building a volcano (for the school science fair) out of leftover Halloween candy. Later Pat meets up with Rick on the way to school to speak with him about his father. At school Courtney meets with Yolanda, who has been researching her predecessor Ted Grant, and finds inspiration in his life. Later she finds Beth in the library talking to “Chuck”, the A.I. in Dr. Mid-Nite’s goggles. Courtney can’t force herself to ask Beth or Yolanda for the JSA artifacts and avoids the confrontation. Back at his garage, Pat speaks to Rick about his father and shows him the journal, hoping that Rick can help him decipher it. We cut back to the school where Courtney asks Beth and Yolanda for the artifacts and costumes back, shocking both of them. The girls refuse, as their new identities are part of their lives. Back at the garage, Pat is having the same kind of luck with Rick, who refuses to give back the hourglass and the journal. At the high school, the Crocks meet with the Gambler, who gives them their assignment, helping to retrieve satellite codes for the equipment they stole in the previous episode. Barbara is able to make it to Mike’s science fair and witness the success of his candy volcano. We can see a bond forming with the two. At the high school, Chuck alerts the kids to the Gambler’s attempt at hacking the Empire communications company, who decide to go after him in hopes of learning the plans of the Injustice Society. The next scenes cut between the town’s different families, At the Crocks leave their daughter Artemis as they go to help the Gambler, at the local diner in town, Icicle and his son are having a dinner and remembering his late wife on her anniversary, and Barbara and Mike are eating what’s left of Mike’s volcano. The new untrained JSA go to confront the Gambler and meet up with Sportsmaster and Tigress who speedily hand them their asses due to their inexperience. Yolanda is defeated by Tigress, and narrowly escapes death with help from Beth, while Rick takes quite a few lumps and bruises from Sportsmaster until Courtney comes to help him. She then battles both Sportsmaster and Tigress by herself, who prove to be too much, even for her skills. The Gambler, in the meantime, retrieves the satellite codes, while Sportsmaster tries to blast Stargirl, who is saved by the Cosmic Staff. As the team prepares to regroup against the Crocks, Pat arrives and Sportsmaster and Tigress make their escape. At Pat’s garage the kids are marveling at Pat’s robotic creation while Courtney realizes what Pat has been trying to tell her this whole time, that they all need training and patience to take down the ISA. Pat also comes to terms that this is going to be THE team and there is no going back now. At ISA headquarters, the villains argue over their plan and vow to discover who are the new JSA members. 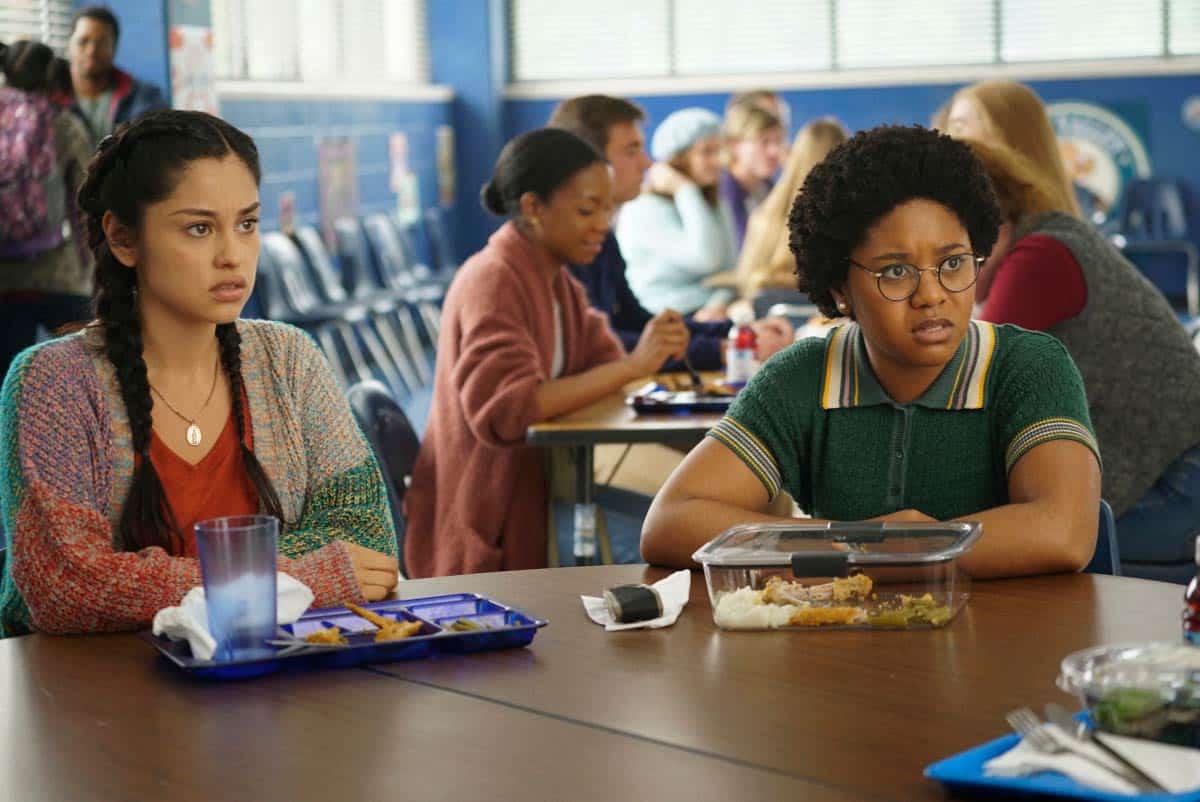 This was a pretty good episode which included a lot of character development in terms of the new JSA beginning their transition into the superhero life. I got an overall sense that the kids were finding what they needed in their new identities. For Yolanda, it was a chance at redemption and renewal. She was very much inspired by Ted Grant’s life and given hope that she could change her life to start fresh. For Beth, it was about finding a friend (Chuck) who didn’t ignore her and would listen to her. Someone she could share information with and learn from. For Rick, it was about uncovering his past and about learning who he might become in the future, as well as giving up his anger for something more focused. For Courtney, she started to realize that enthusiasm alone wasn’t going to carry this team, but training and focus will. It became apparent to her by the end of the episode, how dangerous this new life was as her teammates almost foolishly met their collective demise. Pat also realized that couldn’t stop all of this from happening, so he should get off the sidelines and guide these kids more. For the villains we also got to see a little bit of home life, especially for the Crocks, who seemed to manage their psychopathic behavior and being caring parents (also with psychopathic tendencies). They were the ultimate out-of-control sports parents gone wrong, with a murderous twist. Jordan (Icicle) continued to show us the duality of being a loving, caring parent for his son (whom he loves very much), with being the cold blooded, driven leader of a band of ruthless villains. He is a very complex and interesting character, like watching a dictator who loves his people but is willing to sacrifice them in order to reach his goals. I think so far, all these great complex characters are really the driving force behind this show. On one hand you have the JSA kids who seem to be outwardly troubled but look to bring goodness and justice in their superhero identities, while the villains put on a show of being good all-American families, who underneath are cold callous murderers. Geoff Johns great writing really covers all the bases in this category. However, the fight scenes need to improve a little bit more. While Courtney’s battle with the Sportsmaster and Tigress was choreographed very well, Hourman’s battle with Sportsmaster could have been better. Some of the action sequences seemed a little over the top and overtly unrealistic. Yolanda’s battle with Tigress was a little better, but it could have been a little bit “deadlier” to add more of a tone of seriousness and concern. The writers should also find a place for Beth in these battles as the show progresses, to help her come out of her awkward shell. Overall, this was a good first start for the new JSA and gave me hope that this series was just starting to ramp up. I just hope that the showrunners keep up the intensity as I think this show is about to get quite a bit darker. 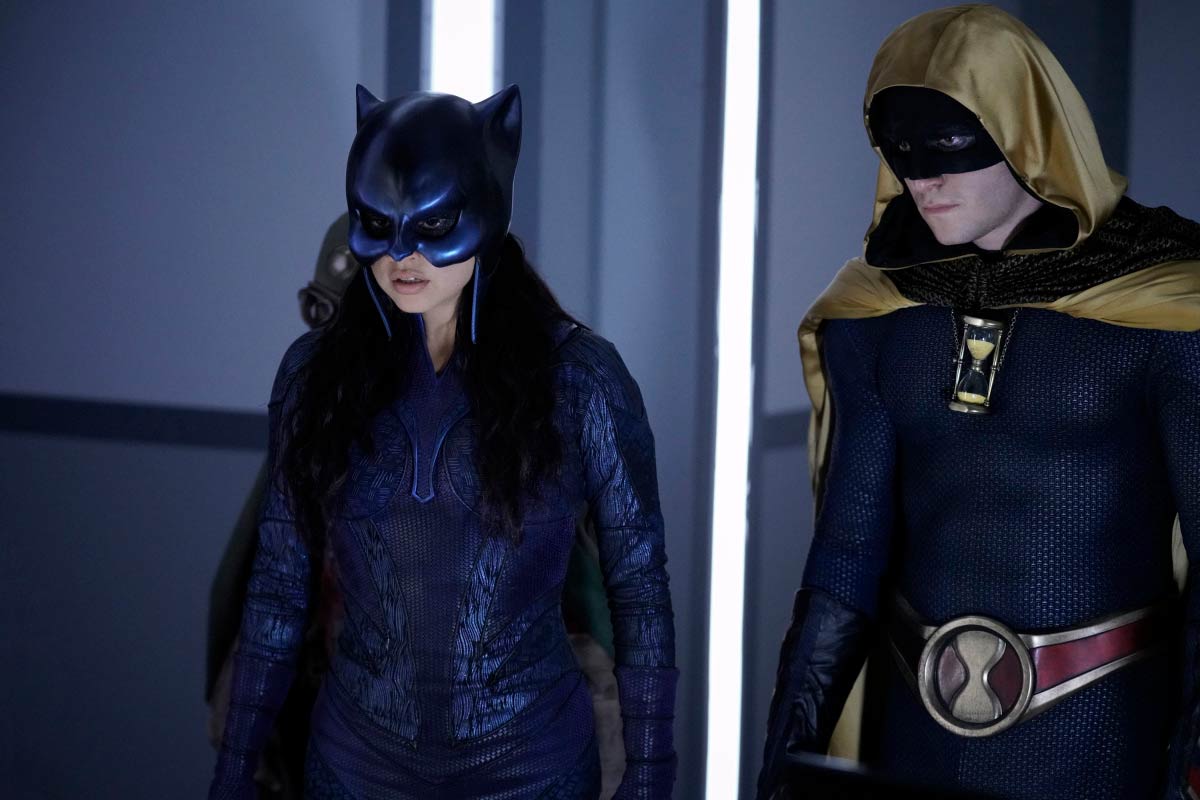