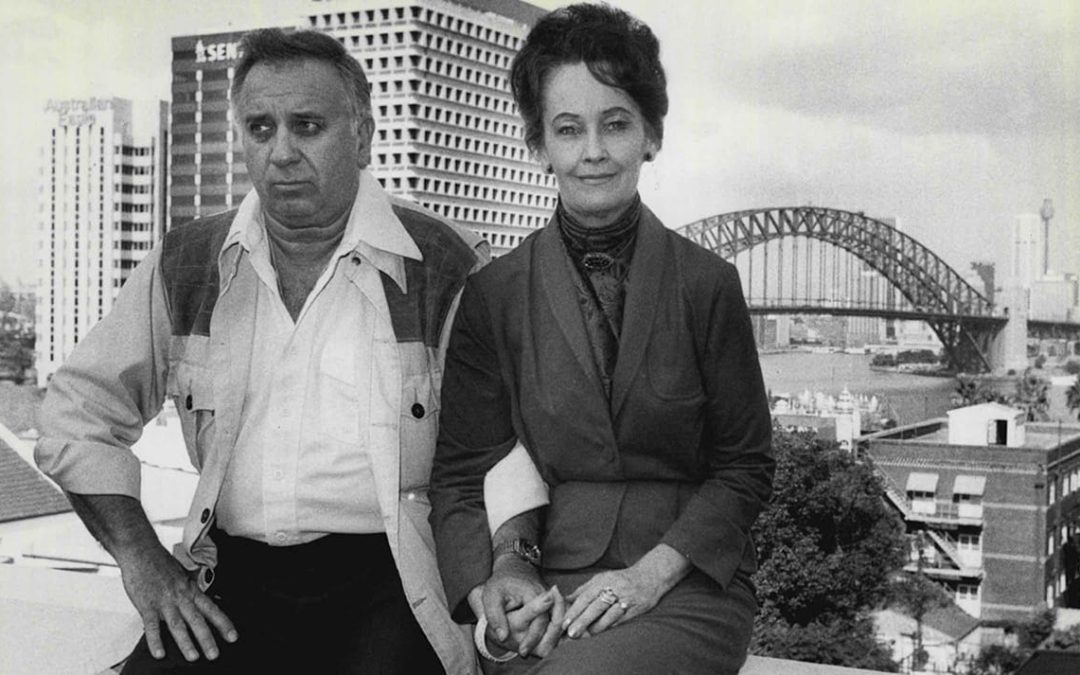 The Ghost Box – The Demonologist: The Extraordinary Career of Ed and Lorraine Warren | Review

The Demonologist: The Extraordinary Career of Ed and Lorraine Warren | Written by Gerald Brittle

A few years ago I got into listening to podcasts to pass the time as I drove an hour each way from my home to my work. It was a slow drive, so listening to podcasts seemed like a perfect way to educate myself during the boredom of my commute. I gravitated toward those podcasts that dealt with the paranormal. It had always been a hobby of mine. I loved to hear stories about people’s experiences with ghosts, apparitions, and other unearthly beings. Besides, I enjoyed feeling a little scared as it brought excitement in those early morning and late-night commutes. As I listened to more and more podcasts, a pair of names kept coming up frequently: Ed and Lorraine Warren. The Warrens were a husband and wife team of investigators that had been studying and researching the Paranormal since the 1960’s. According to their bios, Lorraine Warren was a Clairvoyant and Ed Warren was the only lay demonologist approved by the Catholic Church. I tended to gravitate to their cases as they were prominently featured in some of the biggest hauntings in paranormal circles. At the same time, I had an Audible account, and I figured I might as well see if they had any books that were written about the Warrens that I could listen to as well, a little more in depth than what the podcasts had to offer. Around the same time, The Conjuring was set to release, so I was really interested in this husband and wife team that had chased ghosts for so long. What I found was The Demonologist.

Who are the Warrens?

Ed and Lorraine Warren were both born in the 1920’s and started investigating paranormal phenomena since the 1950’s. It was however in the 1970’s that some of their most famous cases occurred and put them in the forefront of the paranormal community. According to Ed, the house that he lived in was haunted and piqued a lifelong curiosity. For Lorraine, being a medium brought her into the same world that had intrigued Ed. Both met in their teens and were married in late 40’s (after Ed came home from WW2). In the 1950’s, Ed went to art school, and they began traveling around New England painting portraits of haunted houses so they could approach the owners of the house and ask questions. In the 50’s they founded the New England Society for Paranormal Research and thus their work began in earnest.

Besides learning about the Warrens, and how they started in the field of paranormal research, the book takes you through the different manifestations that they encountered: demons, poltergeists, ghosts, etc. and how these spirits and demons work to destroy the life of the family that they are haunting. The book gives a lot of insight and in-depth information based on the experiences of the Warrens and the knowledge they have collected in their years of research. The book also walks the reader though a few cases, some famous and others not so famous, but interesting nonetheless:

Annabelle – a possessed Raggedy Anne doll who was given to a nurse as a gift, terrorizes her and her roommates. The Warrens removed the doll for safe keeping to their Occult Museum. This case spawned a movie of the same name and a few sequels.

The Conjuring Book – a girl interested in the occult receives a book from her parents on conjuring demons and begins experiencing supernatural phenomena in her family’s house.

The Beckford Case – a lonely teenage girl uses a Ouija board to contact spirits and brings demons into her family home.

The Amityville Haunting – the Lutz family moves into their dream home which soon becomes a house of horrors.

These are just a few of stories shared with us about the Warren’s cases, the book details more. I found The Demonologist a very interesting book and a great read (listen). As a fan of the paranormal, the Warren’s insights on the subject were fascinating, and the stories were pretty horrifying. I found myself stopping during some of the scariest parts, especially if I was reading them at night. There was always something going on that would send a chill up my spine. Now, I am not here to convince anyone of how true these stories are, or the validity of the Warren’s work, but if you enjoy the paranormal and want a great book to read, I would definitely pick this one up. Just turn on the lights if it gets too scary.

For more information on the Warrens and their work, check out their other case books on Amazon.