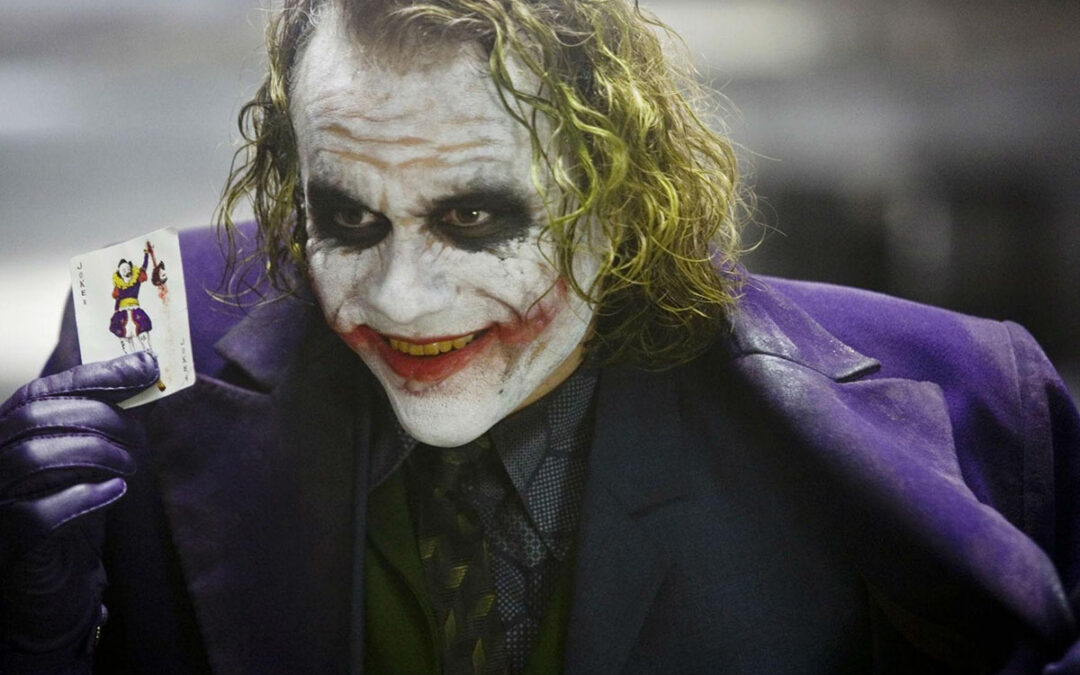 The most infamous villain in all of comics is arguably The Joker from the Batman series. There are many different accounts of his troubled beginnings but besides the tragic accident at the Axis Chemical Factory, his true origin story has never been officially revealed. I always found it strange that not having a backstory didn’t hurt the character but instead provided an ambiguity which the readers’ minds could twist into an even more sinister story than the creators could ever imagine. Providing an empty space for the reader to fill required a similar strategy when it came to the intentions of why he was entrenched in the seedy underworld, specifically why he would commit crimes when his motives were just as unknown as his past. This was remedied by aligning him with the idea of chaos or events which occur without motive. This can be clearly illustrated in the movie, The Dark Knight,

“You know what I am? I’m a dog chasing cars. I wouldn’t know what to do with one if I caught it! I just do things. The mob has plans. The cops have plans. Gordon’s got plans. Y’know they’re schemers. Schemers trying to control their little worlds. I try to show the schemers how pathetic their attempts to control things really are… nobody panics when things go according to plan. Even when the plan is horrifying.”

This quote speaks volumes as it doesn’t just target the “good guys” like Commissioner Gordon, it targets the “bad guys” too. To him there are no good or bad intentions, they are all just intentions.

Make no mistake, The Joker wants power and money just like any other villain, the difference is the ultimate goal. Lex Luther wants to take over the world for total control of everything from resources to the production of money to expand his influence in the world. Red Skull wants to overthrow Democracy and install his Fascist regime to create a new America. Darkseid wants to progress his domain over the universe so as to better his home planet of Apokolips and expand his kingdom. The Joker on the other hand only wants to disrupt society as a whole for the purpose of disruption. It’s so simple that it’s sinister due to the fact that anyone could be a target because everyone has plans. If money helps him achieve that goal then he steals money, if power over Gotham helps him achieve that goal then he terrorizes Gotham. It’s this predictable unpredictability which makes The Joker not only the hardest to anticipate but also the most villainous due to his total disregard for everything, including his own life. How can you defeat a villain with no weaknesses? Without loved ones or a sense of self preservation, he will always have an edge over all the characters in the comic book world. Maybe that’s the joke; having nothing left to lose means you have everything to gain.