The Amazing Spider-Man: Reboot or Rebut?

There are some who like the first three Spider-Man movies by Sam Raimi, who are not looking forward to the Mark Webb reboot.

Surprising, there are those that didn’t like those three films, and are looking forward to the reboot.

I loved the first three movies, even the third. I was looking forward to a fourth by Raimi, and when I heard of a reboot, I was skeptical, mostly about the costume. With time, come movie trailers, features, hype, and those feelings of skepticism start fading when I see Spider-Man web swinging in 3D.

However, it all comes down to seeing the movie, which I did last night.

What do I think about “The Amazing Spider-Man?”

It’s all the same.

Sam Raimi honors the character for a broad universal appeal.

“Amazing Spider-Man” director, Marc Webb, takes you in closer, for a retelling of Stan Lee and Steve Ditko’s Amazing Fantasy #15. 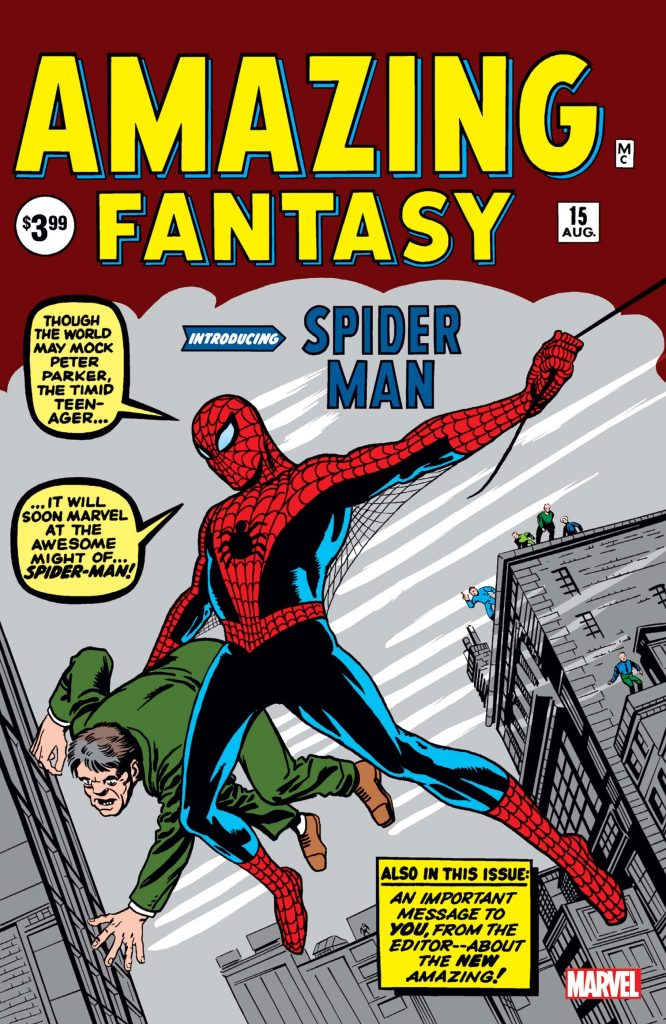 Whether you like “The Amazing Spider-Man,” its predecessor, both, or either, will depend on three specific moments – a changeover – in the movie. If you can get past them, you’ll leave satisfied.

The movie opens, and feels, like “Batman Begins” for Spider-Man. In 2005, after seeing Batman Begins, I was struck by how the movie didn’t really overwrite Burton’s 1989 film. “Batman Begins” focused on how Bruce Wayne becomes Batman. When Tim Burton’s movie starts, not only is his Bruce Wayne older, but the urban legend of “The Batman” has already gripped the city, which is where Nolan’s movie ends.

It’s not a perfect fit, but if you free your mind, seeing the two back-to-back (which I have) works.

Same for “Amazing,” the first part of the film focuses on all the areas Raimi skimmed in the first movie. That’s a good thing, because you didn’t know how much you missed that part from Raimi’s film, until you see it here. You see Peter piece together what’s happening to him, what he can do, and he’s enjoying it. It immediately brings to mind how Peter, the nerd and loner from Amazing Fantasy, lit up when he gained his spider powers.  No matter what conflict befalls him after, it is the beginning of one truth – Peter Parker LOVES being Spider-Man.

The origin is different. It is modernized. It is a retelling, and it’s LONG. Like Bendis taking several issues to tell Ultimate Spidey’s origin, Webb takes a long time telling his version. (WARNING: Small children will squirm in seats, and ask, “When is Spider-Man coming?”) You don’t mind, though, because a) Raimi’s divergence in his movie broke your cherry, b) Martin Sheen and Andrew Garfield nail their performances, and c) proximity.

Martin Sheen and Andrew Garfield’s relationship is richer in this movie. More time is spent showing Uncle Ben trying to be a father, but knowing he isn’t, or can’t be. The scenes with all three:  Martin Sheen, Andrew Garfield, and Sally Fields, are richer, and less sappy, than in Raimi’s adaptation. The difference here is, in Raimi’s film, you know Uncle Ben has to die, will die, and in some sick, morbid way, you’re waiting to see that moment with anticipation. In Webb’s film, you DON’T want Uncle Ben to die, you don’t want Aunt May to lose her husband, and you don’t want Peter to suffer that loss.

No matter how it happens, it does happen, Ben dies, and here is when you (may) notice the proximity.

Everything is closer in this movie. The characters are more connected. The events are more emotionally charged. Instead of the setting being a huge New York City, Manhattan, backdrop, the story is told in more tightly packed locations, like Queens, or (our idea of) The Bronx. When Uncle Ben dies – Spoilers! – Peter is across the street! He sees it, and so do we. We see Uncle Ben personify his earlier words of taking responsibility. We see Uncle Ben trying to stop the robber. It isn’t a backdrop. It’s not something that happens off scene. It’s not something that happens far away or from a distance. We see it. Peter sees it, and he is DIRECTLY responsible for it – Proximity.

From there, Peter’s transformation to Spider-Man is organic. Like the rest of the film, we see it’s a process – from mask, to web shooters, to full costume, and finally to taking the name and role of protector. Here’s where the changeover happens too. Here is when, if you’re not ready for it, the rest of the movie will weird you out. You’ll leave the theater telling yourself, “I don’t know (how I feel about it) yet.”

Spoilers! – Peter has dinner with the Stacy family and, in three scenes, Peter goes from a) telling Gwen who he is (the mask vigilante swinging from rooftops), b) NYPD Capt. Stacy becomes Peter’s “Rachael Dawes” (from “Batman Begins”), teaching the difference between justice and revenge (protecting the populace instead of hunting Ben’s killer), putting Peter on the path of hero, and c) Peter takes the “Spider-Man” name Gwen gives him (ala Superman).

These three things happen so quickly, in such short order, its snaps you out of the movie. You shake your head, saying “What?” When you come back, New York City is infested, not with rats, but lizards, while a giant lizard is tearing through Midtown high School.

Its here you ask, “What the hell am I watching?” Its here you learn why the movie is called “The Amazing Spider-Man,” because everything that happens is too amazing (i.e. implausible) to believe. You go from a very science driven set of small, controlled, circumstances granting Peter Parker spider powers, to a huge seven foot tall man-lizard rampaging through New York City, Midtown High School (in broad daylight), swimming through the New York sewers, and causing a bioterrorism!

What happened?  You thought you were watching the “Spider-Man Begins.” 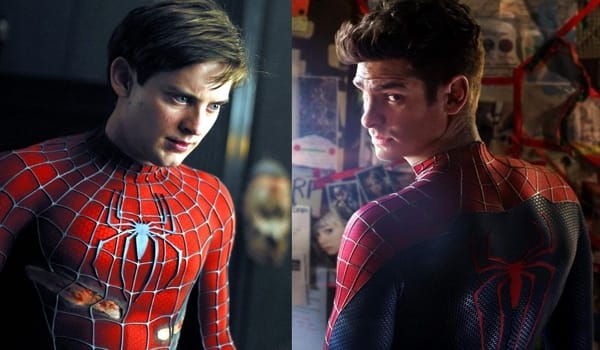 You’ve gone from Bendis to Stan Lee. You’ve changed from Mark Bagley to Steve Ditko. You’ve gone back in time, from modern comic book deconstruction to 1960’s Silver Age storytelling. The film goes from doing an Ultimate Spider-Man adapt, to  a old Stan Lee and Steve Ditko homage; stories where the Sandman learning Spider-Man is a Midtown High School student, and fighting him at the school,  like it ain’t no big thang, made perfect sense. Once you realize this, it all makes sense. Sit back, and enjoy the fun, because it is fun!

Some will say “This is the wisecracking Spider-Man we didn’t get in the first movies.” Wrong. This Spider-Man just has better jokes.

And, by the way, the best Stan Lee cameo EVER!

Unfortunately, with the changeover, goes the emotional impact.  Webb squeezed every ounce of feeling he could from the first half of the movie, there’s nothing left for the second to fuse with the action. This is where Raimi, if you’re keeping score, proves his superiority, because he was even handed. He was able to maintain the emotional investment throughout all three movies. Marc Webb’s version gives great foreplay, but the main event is all motion, short, and with a “spoot” at the end.

“The Amazing Spider-Man” is a good movie. There are good and bad points, but I enjoyed it (despite the four teens who wouldn’t stop talking), I will recommend it, and I’m looking forward to the Blu-ray.

Undoubtedly, it will be compared with the first movie, that can’t be helped, but it’s all the same.

Whether you prefer the Goblin dropping a tram of kids off a bridge, or the Lizard indiscriminately tossing an SUV with a kid inside, it’s all the same.

Maybe you didn’t like the scene where New Yorkers help Spider-Man by barraging Goblin with bricks, and prefer the construction workers helping Spider by lining up cranes for a clear swing to Oscorp, but it’s all the same.

Spoilers! – Maybe you prefer Peter rejecting Mary Jane instead of Gwen Stacy to protect the woman he loves, because being around Spider-Man is too dangerous, or because Capt. Stacy makes him promise. It doesn’t matter.

It’s all the same damn movie.

All that matters is Spider-Man is back on the big screen for (hopefully) another three films.

As writer Vincent Moore (Total Recall by Dynamite Entertainment) said, when I scolded him for watching “Cutthroat Island” (1995):

That’s all that matters.