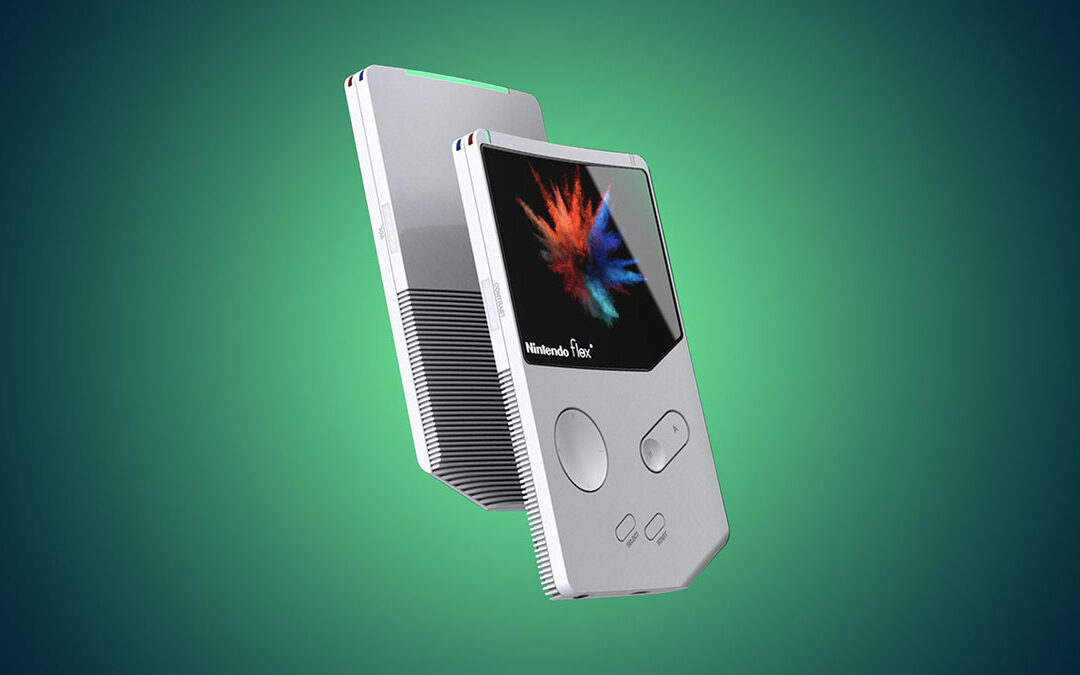 Last week, I had the opportunity to write about my personal experience growing up with the first two Gameboy generations. This week I’m going to be writing about the future of Gameboy, the “Nintendo Flex”, created by YJ Noon. It’s an unreleased fan prototype with an unknown launch date so don’t get too excited. Here are some promising specs and pictures to keep gamers satisfied for now.

The first unique feature that I adore is the placement of the speaker at the top of the system. Noon stated in an interview, “While playing a game, each players’ right palm would contact or completely cover the original Gameboy’s corner, where the speaker was located.” This was a huge problem when holding the huge grey brick in my tiny hands as I had nowhere else to place them but over the speaker. To have the new speaker away from the hands and closer to the gamer is a simple yet effective way to fix that design flaw.

The next feature I’m excited for is the curved screen of the new system, giving the Flex it’s name. As seen with new cutting edge television sets, the curved screen dramatically increases the quality of the picture and ability to see in any condition. It also gives the Gameboy a clean look and compliments the new smooth metal case and buttons. As you can see from the pictures, it looks absolutely beautiful. The only thing missing, which is a big deal for me, is the cartridge slot. This means it’s not backwards compatible and games for the system will all have to be bought online. The upside being that we know it’s going to have internet compatibility.

The last feature that intrigues me is the built in USB-C port. Since it’s only a prototype there will be questions left unanswered, but there has been speculation by Retrododo writer and reviewer Brandon Saltalamacchia, “if you ‘deep’ press [power button] it reveals what we can only explain is a stylus looking USB-C adapter that could also possibly be a tiny battery pack allowing you to charge your other technology on the go.” The ability to charge other electronics is a huge benefit to gamers who need to charge their phones after a long day of gaming or traveling.

I’m incredibly excited to see what Nintendo has for its fans in the coming years. Even for a retrogamer, I cant help but be excited for the future of the Gameboy.