In the second installment of this series, I focus on an artistic icon that many of us have heard about, but not a lot of us really know a lot about. A quiet man who did not say much, but what he did say, he said through his artwork: Steve Ditko.

Who is Steve Ditko? Even to many comic book enthusiasts and artists, this name remains a mystery. To many it is just a credit on the splash pages of some of the most famous Spiderman stories ever told. To many it is the name of the creator or co-creator of some of the most famous comic book characters in history: The Amazing Spiderman, Captain Atom, The Question, Doctor Strange, The Creeper, Shade the Changing Man, Hawk and Dove, The Blue Beetle, and the enigmatic Mr. A. Even to me, Steve Ditko was little more than just a great artist who created some of my favorite characters. But Ditko is more than just a name on a splash page or cover. He is more than just a name written in the annals of comic book history. He is an artist who presented his thoughts and ideas through his drawings in a way that other artists had not done before him at the time. Just as Jack Kirby presented outwardly ideas power and magnificence through his particular style of art, Ditko presented profound ideas in the hero of a more introspective and thoughtful nature. In discovering this, I began my search to dig deeper into who Steve Ditko is, and why this quiet man’s impact on comics was so profound. 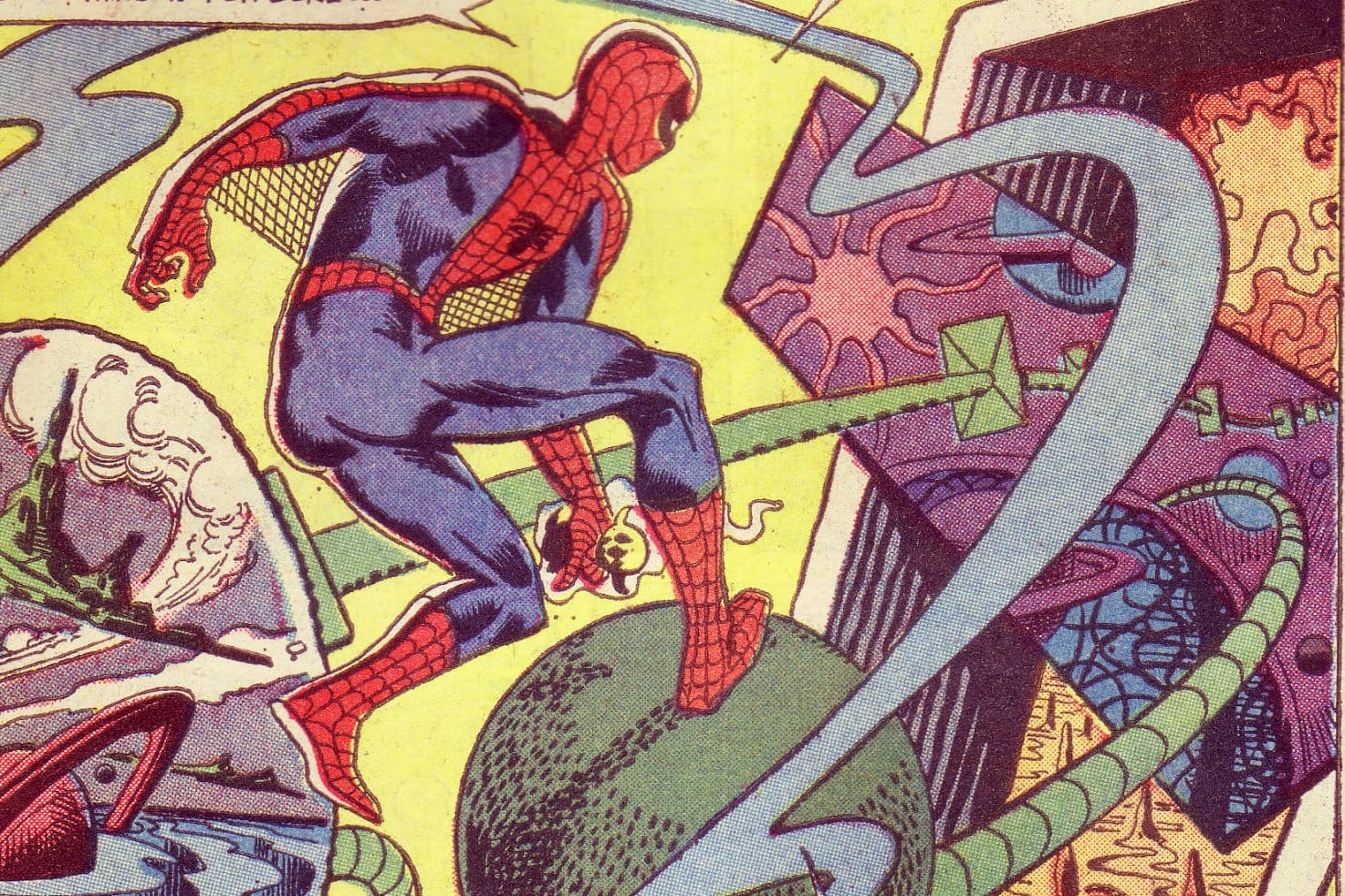 While many artists were concerned with what a character looks like on the outside to define that character, Ditko was more concerned with the interior nature of the hero. Looking at the drawings of Jack Kirby and other like-minded artists, one could clearly get to know the personality of a particular character because that exterior visage was so clearly graphically presented. But in a Ditko character, one had to dig deeper to fully realize the personality of the hero and the situation that hero was trying to overcome. Spiderman and Doctor Strange were two such heroes. One was a meek and unpopular high school student, and another was a vain and partially crippled surgeon. At first glance, neither one seemed very heroic, but through their actions and artistic presentations both overcame very difficult personal tragedies to become something more than either had expected of their lives. One was a web-slinging hero who represented the every man of New York City. The other became the master of mystic arts who traveled the astral plane far from his former life. It fascinated me to discover just how much thought that Ditko put into the personalities of these characters, which was influenced by such thinkers as Aristotle and Ayn Rand. But to Ditko, it was more than just his artwork that was defined by these philosophies. These schools of thought also extended to encapsulate his life and the person that he would become. That would then in turn, be presented to us in the form of the “quirky” heroes that he would create and the problems these heroes would face. While a Kirby hero would battle physical foes and obstacles, a Ditko hero would face the same, and also have to contend with internal issues that could derail him as well. These are the contributions that Steve Ditko gave the world of comics. But to him, the story was work, not who he is, or who he was.

If you go looking for Steve Ditko, you won’t find him. And if you do find him, he won’t want to talk to you. And that is the way he likes it. I found an interesting quote attributed to him that really sums it all up:

“When I do a job, it’s not my personality that I’m offering the readers, but my artwork. It’s not what I’m like that counts; it’s what I did and how well it was done…”

So I present you with a couple of interesting videos that I found below to learn a little more about this mysterious creator and the contributions that he made to the comic book industry. I hope that you enjoy them as much as I did. Hopefully it will allow you to look a little deeper at who the heroes that we cherish truly are.

The Experience is Everything!