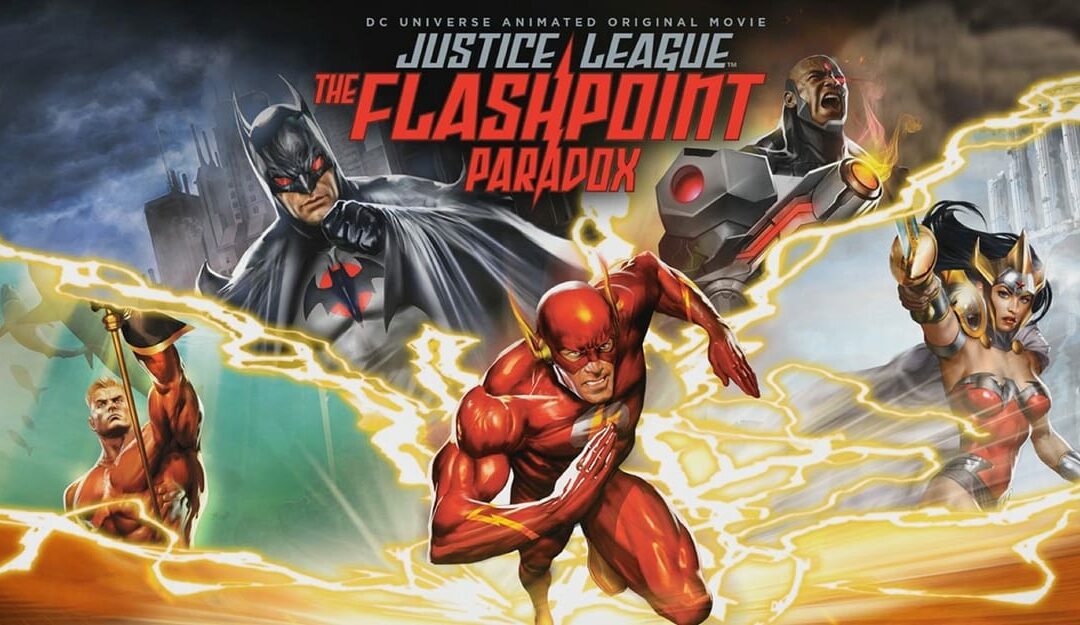 The next superhero film on my list to watch was Justice League: The Flashpoint Paradox. I was looking forward to watching this one specifically because I knew it would be a much darker twist on the classic Flashpoint concept where Barry uses the Speed Force to go to the past and save his mother. What sets this Flashpoint timeline apart from the other instances of a fractured timeline is how brutal the world has become in the event.

The Atlantans and Amazonians are at war led by the ruthless Wonder Woman and callous Aquaman. The US government tried to enlist the help of some heroes to stop the war lead by Cyborg but was so far unsuccessful. Taking a page out of the Civil War Series, very surprising alliances are forged under extreme circumstances. Per usual, I won’t give away any spoilers past that basic premise but I will say there is one scene in particular that made me almost stop watching as I personally felt it took the brutality of the film too far. All in all, I did enjoy watching Justice League: Flashpoint Paradox but it definitely isn’t the Flash movie to put on for the kids.

I’ve slowly begun to notice as I’ve written these reviews that modern superhero films seem to have incredibly adult themes and concepts for children. They are drastically different to what I grew up with as a child. While still revolving around the classic themes of good and evil, there doesn’t seem to be a clear cut moral line anymore. While superheroes aren’t supposed to traditionally kill, there are instances now where I’ve considered it to be a justified death. Who am I or any other superhero at liberty to say what death is ‘justified’ though? Heroes uphold law and justice, not decide what’s just and become the law. Has current society penetrated classic comic book culture so deeply that its perverting moralistic relativity in stories made for children?