Is “Man of Steel” Too Dark?

I’ve read and heard people claim MAN OF STEEL is “too dark.” I held my breath until I saw the movie. Now that I have seen it, and LOVE it, I am convinced more than ever that people, especially geek culture, suffer from short-term memory, and base their judgments on the nostalgia from what little they do remember.

Goyer and Snyder’s Superman is no more “dark” than Siegel and Shuster’s original creation, or Donner’s 1978 adaptation. Henry Cavill’s Superman is just as much of an ideal as any version that came before.

Man of Steel takes place in the “real world” of 2013 just as Superman: The Movie took place in the world of 1978. If Man of Steel is darker than what came before, it’s because the world we live in is much darker. Still, in this world where humans, despite all we know, still fear and kill what we don’t understand, Cavill’s Superman decides of his own free will, and in spite of what we do, to believe in us.

That seem “dark” to you?

People (geeks) are comparing Man of Steel or Richard Donner’s 1978 film, claiming Man of Steel lacks “magic,” even though Donner’s mantra when directing Superman: The Movie was verisimilitude.

veri·sim·i·lar
adjective \ˌver-ə-ˈsi-mə-lər, -ˈsim-lər\
1 : having the appearance of truth
2 : depicting realism (as in art or literature)

People remember Superman: The Movie as a child would, and they judge Man of Steel based on nostalgia. They forget that the world, and our perception of it, was different then. I don’t think the adults of 1978 would agree Donner’s film was “magical.” I think they would think quite differently. After all, while we saw and believed “a man could fly” they saw… 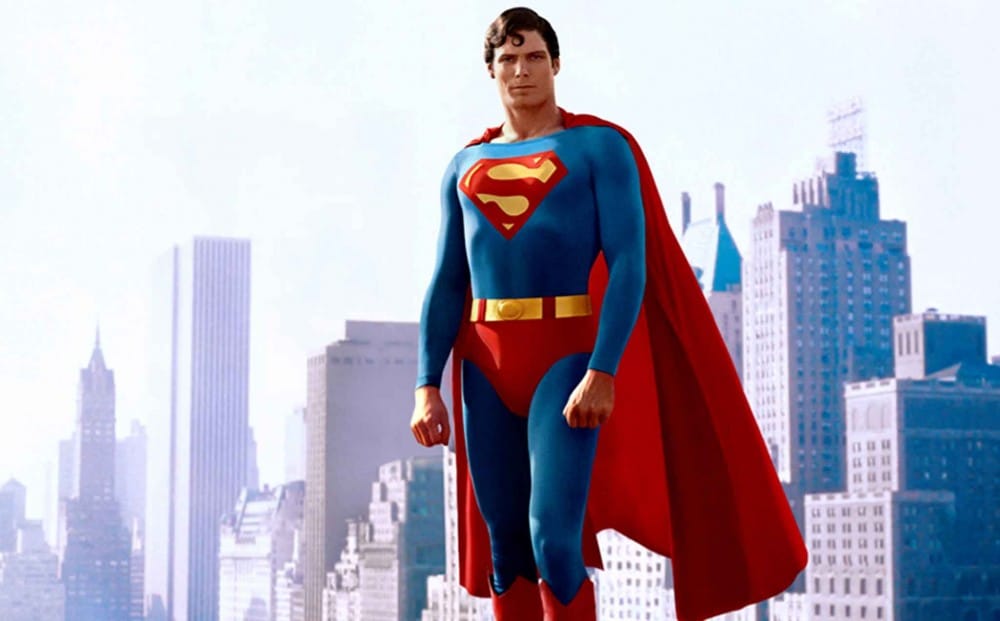 Intense stuff, right? Mature stuff for a comic book movie just shy of the silver age. 1980’s Superman II kicked things up a notch with three Kryptonian prisoners – Zod, Ursa, and Non – taking over America (The President is forced to his knees and surrenders to Zod). If destroying a small town and attacking the White House wasn’t enough, they hit Superman with a bus full of people! Oh, and let’s not forget Superman and Lois have sex, followed by a powerless Superman getting bloodied in a bar fight with a trucker soon after. All “magical” stuff.

Man of Steel is intense, action packed, and in your face, but it’s not a dark movie, and the (new) Superman isn’t a darker hero. Never before on film have we seen a more balanced version of the character. He knows who he is. He knows what he stands for. He knows what he’s meant to do. I don’t see this Superman giving up his powers in the first year so he can bang Lois Lane without putting her through a wall. This is the Superman that will lead the  JLA.

For the geeks out there who say “this is not Superman” I can only remind them their Superman DIED a long time ago. He died when he was rebooted post Crisis on Infinite Earths. He died when he revealed himself to and then married Lois Lane. He died when he faced Doomsday, healed, and came back with a long hair. He died when, in Smallville, it took him ten years and 218 episodes before he could fly. He died in the 2006 movie when he let himself get jailhouse shanked by Lex Luthor. Most recently, he died when DC Comics launched the New 52, restarting their entire universe, and Action Comics went back to #1. Superman doesn’t wear cotton anymore; he wears a Kryptonian battle suit.

Remembering the past is good, but not if it keeps you from enjoying the present, or looking towards the future.