I was really excited to get into Episode 5 as we get a 2-for-1 show in adding new heroes to the team. Both a new Dr. Mid-Nite and new Hourman in this episode of Stargirl.

So let’s get started…

This episode begins with a flashback to 9 years earlier as Rex Tyler (AKA Hourman) and his wife Wendy are fleeing Blue Valley. We see Rex writing notes in his journal and then mails it off to Pat Dugan (mental note here: IMPORTANT), before he and his wife leave their son, Rick Tyler, in the care of his uncle, Matthew. Rex hands Rick a 1966 yellow toy Mustang and tells him to take care of it until they return. On their way out of town, their truck is intercepted by Solomon Grundy who causes the car to crash, killing them both. 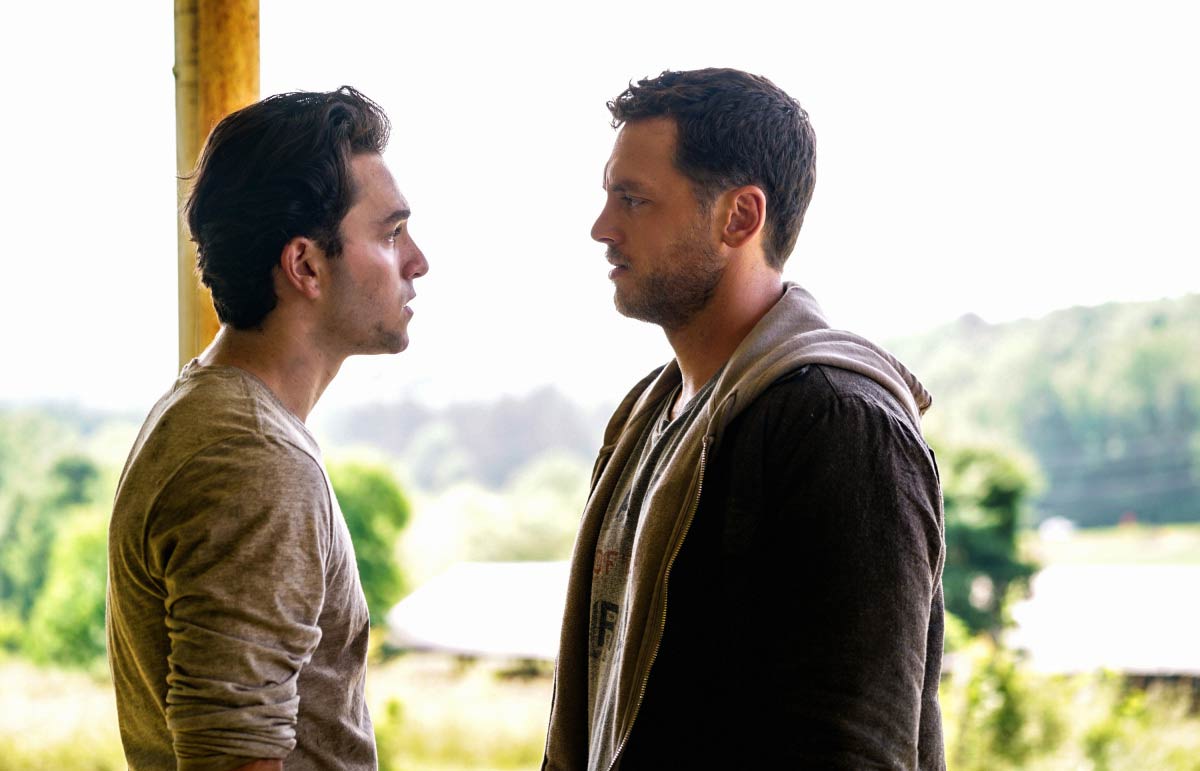 In the present day, and we see the teenage Rick working on a 1966 yellow Mustang, just like his father’s old car. He has a confrontation with his uncle, who seems like a real douche bag, and then heads off to school. On his walk to school he walks past a tall tree on the side of the road and punches it. This would be the same tree that the Tylers crashed into the night that they died. Meanwhile Courtney gets herself ready for school, taking the bag with the JSA artifacts with her so her parents won’t find them, while rummaging around her room. Pat and Courtney have a conversation about the ISA with Pat stating that he agrees with Courtney’s suspicions that all the Injustice Society might be in Blue Valley. At school, Beth Chapel begins following Yolanda and Courtney to see what they are up to, having seen them in their superhero personas. Later that evening, the Gambler pays a local moving company employee for intel on when a large satellite dish will be travelling through the area. The next day, while trying to get to school, Pat and Courtney run into Rick Tyler, who helps them with Pat’s car. Pat begins to suspect that the boy might have JSA ties, and Courtney notices that Hourman’s hourglass begins to glow in Rick’s presence. She follows Rick (who thinks she is a weirdo) and they have a talk near the tree where Rick’s parents died. 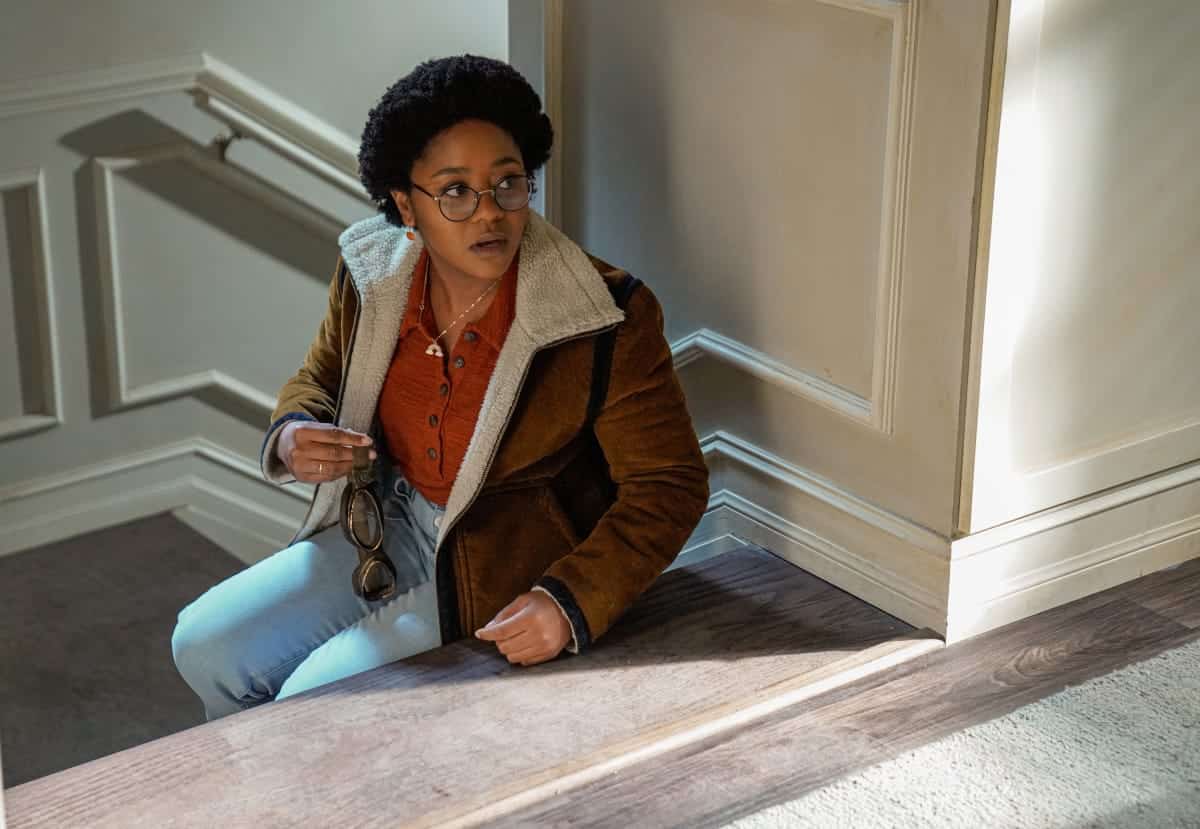 Meanwhile, Beth shows up at the Dugan house to speak with Courtney as Halloween preparations are going on. Beth waits for Courtney (who is not home), and notices the dog playing with a pair of goggles. She follows the dog upstairs and puts the goggles on in Courtney’s room to discover that they belonged to the original Dr. Mid-Nite. The goggles A.I. (AKA as “Chuck”) is voiced by actor Henry Thomas who played Dr. Mid-Nite in episode 1, and gives beth intel on the JSA, Courtney, and other information. Courtney meets Beth in her room and tries to get her to forget everything she’s learned, but Beth is very persistent. With the help of the goggles, Beth tells Courtney that Rick is the son of the late Hourman.

Pat goes out to visit the young Rick only to run into his uncle, Matt, who doesn’t impress Pat in the slightest and furthers his suspicions about Rick. Rick is somewhere across town supplying the local Halloween party with beer for money, showing off his angry and troubled personality. Later that night, Beth, Yolanda, and Courtney track Rick down to the same party where they tell him who his father was and have him try out Hourman’s hourglass (which imbues Rick with super strength). Rick sees the potential of having super powers, but not to use them for good, but for payback against people who’ve hurt him. He takes off walking through town, and runs into his abusive uncle’s truck, giving it a good punch (which almost folds it in half) before he heads out of the area. Courtney and Yolanda go after Rick, leaving the lonely Beth on her own. She discovers that the death of Rick’s parents wasn’t an accident and goes off to catch up with the others. At the same time, Courtney and Yolanda confront Rick at the tree where his parents were killed. Rick tells the girls how he feels since losing his parents, and the mess that is his life. In a fit of rage, and still powered by the Hourglass, Rick knocks over the tree that his parents crashed into. Things don’t look good as it seems that Courtney and Rick are about to have a confrontation when Beth arrives and tells Rick that his parents didn’t have an accident, they were murdered. With the help of the Dr. Mid-Nite’s goggles, Beth shows Rick a simulation of the accident, which brings Rick around to the idea of joining the new JSA, at least for revenge. While this is going on, the Gambler and the Fiddler (AKA Anaya Bowin the Blue Valley High School principal) highjack the truck with the satellite dish. At home, Pat goes to meet Courtney to discuss the young Rick Tyler, when he sees flashes coming from her closet (most likely from the Green Lantern), and discovers her trove of JSA goods. He is upset that Courtney has not listened to his warnings of the dangers of leading a superhero life. 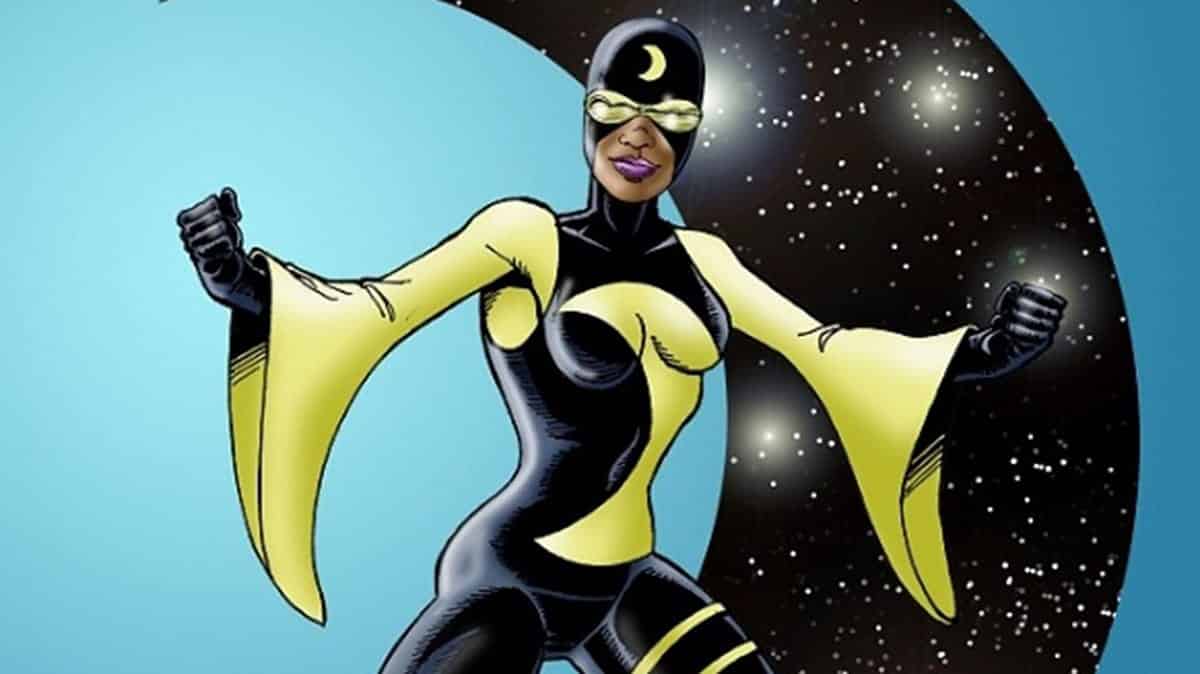 Like the last episode, (and the others before it) this one had a lot to take in. The initial JSA team is rounded out with the additions of Rick Tyler (AKA Hourman) and Beth Chapel (AKA Dr. Mid-Nite). With the additions of these last two members we get a clearer distinction between this new team and the original JSA team, and those differences are as clear as night and day (to quote a cliché). While the old JSA team were veteran superheroes, this team seems to be a little bit of a mess: An overeager Courtney to jump into danger; a despondent and unsure Yolanda; an angry and delinquent Rick; and the lonely Beth looking for friends and to be accepted. And you know what? That is great. This wreck of a team has the makings of great upcoming character development and conflict (if done right). I really enjoyed Rick’s backstory and the mess his life became being left behind by his parents and having to live with an abusive uncle. His choosing at first not to follow in his father’s footsteps was believable for a person who has almost seemingly left hope behind and holds mostly anger in his heart. I am excited to see what his journey will be like in future episodes. As well, Beth’s home life during these past few episodes have been pushing her to this moment. As we have seen watching the last 4 episodes, her parents have been pushing her to get out of the nest and begin making her way in the world. Well, inspired by seeing Yolanda and Courtney, she has jumped feet first onto that path. I think the character of Dr. Mid-Nite will fit her well in the framework that the showrunners are providing in this series. These are not quite exactly the characters that we are used to seeing, but they are not strangers either. For fans of the JSA (including myself), it seems that we will see familiar characteristics surround these characters that have been portrayed from the comics. And for new fans, it is a lot to absorb right now, but enjoy the ride and take in the information. There are 80 years of legacy to unravel, don’t be intimidated by that, it seems like it will all come together, hopefully. I have enjoyed the continuing mysteries that keep permeating the main story from both the other students in the high school, the townsfolk, and the Injustice Society. I am working on making some upcoming articles and videos that address the JSA, the ISA, and some of the mysteries and side characters that are coursing through this series, so until then.

I give Episode 5 a solid B.

I will see you guys at Episode 6!