Like DC is losing sleep nightly over my pity. Actually, combine me with a few hundred thousand people and I’m sure they are.

I went to see the Green Lantern movie opening weekend. I sat in the theater watching a train wreck hoping something would occur to turn the experience into a triumph. Nothing happened.

The movie stinks of the same mishandling that resulted in Batman and Robin (1997). Not a bad movie, just mishandled. The people in charge didn’t understand the material, or worse, they did, and tried to impose their own perspective on it.

George Clooney should, could, and would have been a perfect Bruce Wayne. Ryan Reynolds is a perfect Hal Jordan, but just as Clooney admitted being persuaded not to portray Wayne as he knew he should have, I would not be surprised if Reynolds took cues telling him to do the same. The result is a weak hero and story you can’t, and don’t, want to connect with because, dammit, the guy’s a wuss.

Whether you’re familiar with the comic book or not, and believe me, that too is an issue; few casual comic readers know or have interest in Green Lantern. I didn’t start to like the character until I was in my mid-thirties and had been reading comic books for over twenty years. Why Warner Bros. would pick this IP to kick-off their delayed motion picture franchise push is beyond me. More on that later…

But, whether you know comic book characters or not, they are mostly power fantasies, especially in the case of Green Lantern; he’s a guy granted a magic ring that can bring his imagination to life. Like any teenage boy, Hal Jordan, already a carefree spirit, is exuberant about the ring – just as Peter Parker is about his radioactive spider powers – until responsibility comes in. This is the basic formula for most heroes. The movie, however, takes a drastic turn in the wrong direction, making the ring a chore first and foremost. He runs away from his responsibility instead of accepting it as any naive child would do, not knowing what it really entails.

Making things worse, the “man behind the curtain” is in clear view here. It doesn’t help that the media has made everyone aware how expensive this movie was to make, because at every cut, every edit from space to earth, your brain switches from the left to right; the accountant in your head starts punching keys on his calculator.

Batman is an urban vigilante.

Wonder Woman is an Amazon warrior

The Flash is a speedster.

And, the Green Lantern is a spaceman; grounding the character to earth isn’t the best way to go. Instead of a space action adventure, we’re given a movie that sometimes goes to space, mostly sticks to earth, and fills time with an uninteresting love story. 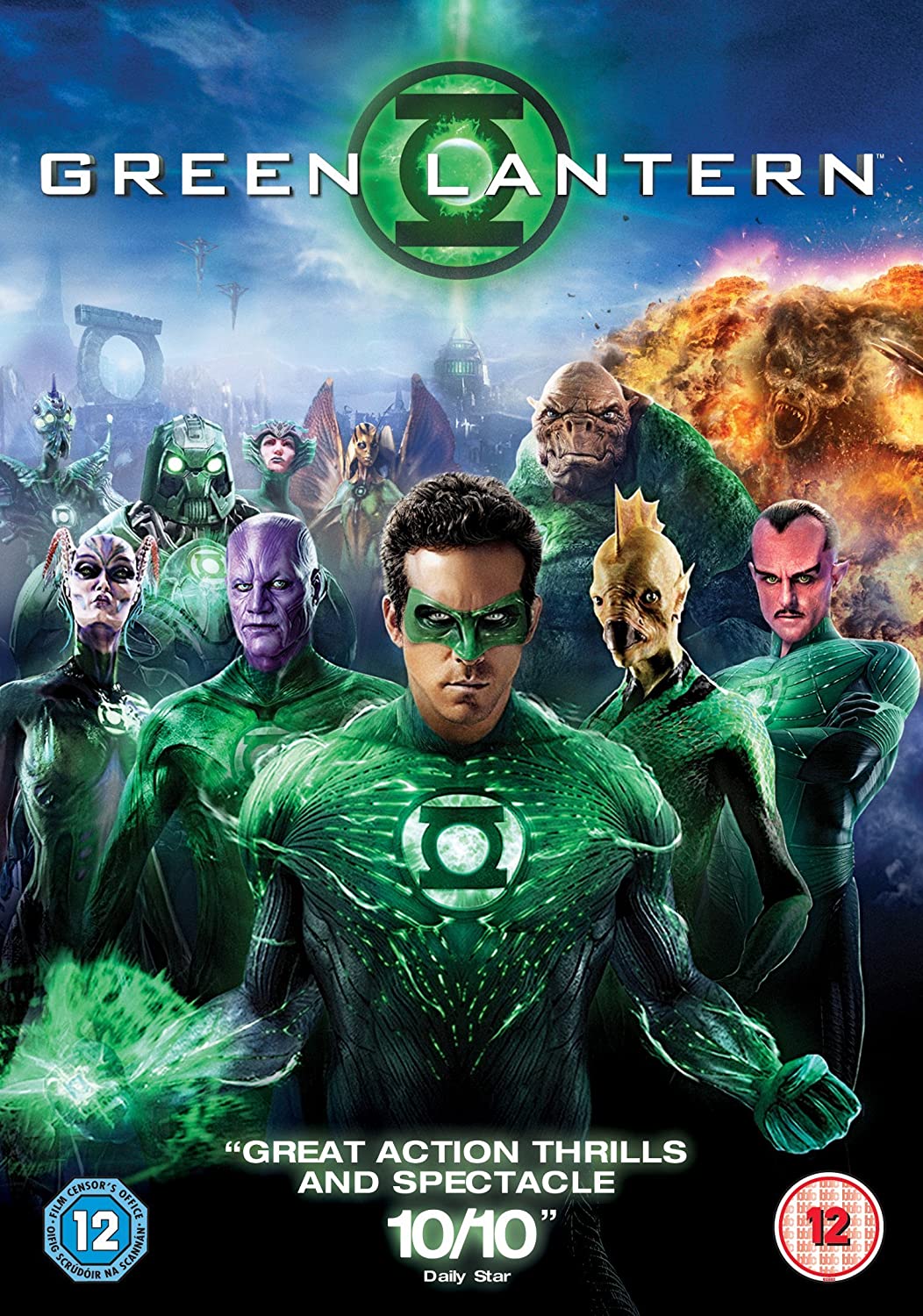 Why a Green Lantern movie?

The hell if I know. If it were up to me, a Flash movie makes more sense. I knew that when I saw a kid running around in a Flash costume in 2003’s Daddy Day Care. First, the special effects budget would be lower – how expensive could it be to portray super speed with today’s computer technology? They did a damn good job in 1990 with the series, and that was television. More people know about The Flash, comic book familiar or not, and having super speed is just one of those fantasies everyone has at some point in their lives.

Green Lantern still could have worked as a kick-ass space adventure, though, if they treated it as such. The first opening minutes of the film, all in space, the scenes on OA, and any scene that take the character away from earth are spectacular. There are only enough of them for you to realize every story element that keeps Jordan’s feet planted is a bird getting its wings clipped. For Christ’s sake, Jordan is a test pilot who only flies once in the movie.

I just can’t help feeling sorry for DC because they seem to be struggling with this fusion of comics and multimedia that’s taken over. I think DC is better than Marvel. I think their characters are better; they speak more to the traditions of storytelling and what we could call a “modern mythology.”

No matter how better they are, they keep falling under Marvel’s shadow. Marvel comics, now owned by Disney; blatantly treating their characters as a means to an end. Yes, we’re talking IP’s here, but there is a responsibility that goes with it. Anything directed to kids, past, present, or kids at heart, comes with a responsibility attached to preserve that innocence. Marvel today is like watching Mr. Roger’s Neighborhood becoming a CW pilot where Rogers moves to Hollywood, the “Land Of Make-Believe” is a narcotic induced delusion, he lose his house in the failing real estate market, and has a homosexual relationship with Mr. McFeely.

Yet, Marvel still comes out ahead. Perhaps it’s because they allowed others to control their characters before taking the reins themselves? They watched how other studios worked for years, saw the hits and misses, then took control. The results being a barely known character like Thor, as he appears in Marvel comics, making more money and having more critical success than a film backed by the big Warner Brothers Studio.

Perhaps Warner/DC needs to loosen their grip a bit? Follow the example of the first Spider-Man movie with a director and writer that has a profound fondness for the material; let DC option to other studios that may have a better way of adapting the material for audiences. Maybe Warner/DC is just too damn close to see the value in their IP; that simple truth what makes the characters who they are; that will appeal and connect with everyone.

If at the end of a comic book movie, you feel the need to place an ad on where the audience can read the further adventures of the hero, as there is at the end of Green Lantern, you’ve done something horribly wrong.

Why is DC even pursuing live action films anyway?

Be different than your competitors, DC. Marvel tried and failed in the animation department, but DC is triumphant. In Japan, animated feature films are developed from manga properties all the time, and are very successful. DC IP is too fantastic for live action; it just takes too much damn money to produce. The risk is so high, failure could be inevitable.

Marvel was made for live action, their IP are men who drink potions and get ripped, or billionaires who develop metal exoskeleton suits. DC characters rocket from space and move planets, literally.  They join intergalactic corps., traverse time on treadmills, have hero teams based on the moon, and battle new gods. DC was made for animation.

Think about it: Dreamworks Animation spent $150 million on Kung Fu Panda 2, half the reported cost of the Green Lantern movie, and grossed over $400 million; that was with Jack Black and talking animals in ancient China.

Only three animated films are due this summer, thus the market is smaller, fewer competition, and you have a built-in audience that has nothing to do with comics or genre – kids who want to see anything animated in CGI, and the parents who comply just to shut the kids up.

Next time you look at the Green Lantern poster or, despite what you read here, when you see the movie in theaters or DVD, ask yourself how much cooler it would look as a CGI animated feature.

It would be pretty cool, huh?  Agree or disagree, comment below.