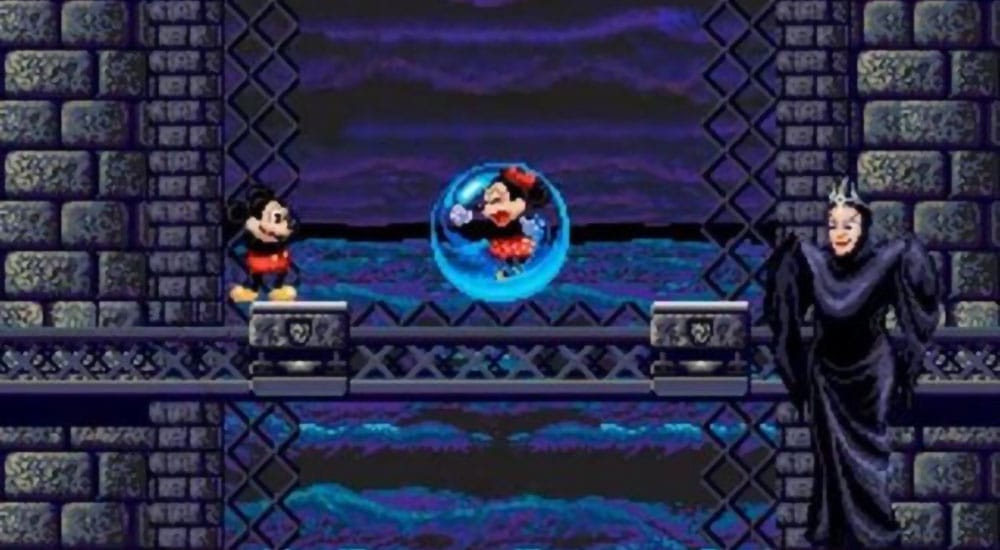 Josh’s Diary of a Retro Gamer – Castle of Illusion

A game that is overlooked too often is the Sega Genesis version of the Castle of Illusion starring Mickey Mouse. Back in the 90s Disney brought us wonderful Mickey Mouse games such as Wolrd of Illusion and its follow up game Legend of Illusion. These games had classic retro gaming controls focusing on simply jumping and moving forward. For a child, it was the perfect hybrid of a Disney story and the classic trope, save the princess. It delivered a tale in all its wonder and brought something I cannot often find in the current video game industry: simplicity.

There was no “learning the controls” to begin having fun. Castle of Illusion was accessible to a child who could only use three buttons or an adult who didn’t understand this new wave of video games. It was a game you could play with your family on game night or force your older brother to play countless times as you watched on his lap. It was the accessibility to all age ranges and situations that made this game unifying and timeless.

Sadly, today kids would balk at the simplicity of the game and its simple backgrounds. Even the classic 8 bit chiptune music would even seem archaic. Yet, as retro gamer, I still catch myself humming the tune to Mickey Mouse and reminiscing about the simpler times.